HARD frosts and snow aren’t the perfect conditions for many species but Paul Heseltine proved they are for sturgeon. 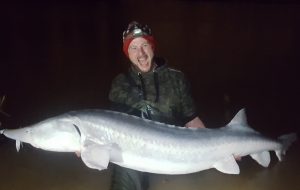 This massive sturgeon scaled 106 lb. It's not the biggest in the UK, but one of the heaviest ever publicised.

Sturgeon in the UK don’t get much bigger than the venue-best 106 lb giant that Paul landed during the cold spell.

Paul had already nabbed a PB 71 lb specimen from Bedworth’s Mineral Lakes when he had the ton-up giant.

The 34-year-old, from East Retford, Nottinghamshire, told Angler’s Mail all about it…

He said: “It was a social session which saw me go on to land five sturgeon in total.

“As I’ve fished this venue before I knew what approach I was going to take and it was a very simple one.

“Keeping with the fishery rules, I used one-metre fluorocarbon leaders and size 4 barbless hooks with a combi rig.

“My bait was the Liver LM94 boilies from Shimano Isolate Baits which are due to be released in March.

“Baiting little and often with 15 mm free offerings was the key to my success and fishing a 15 mm wafter over the top – very simple tactics,” he explained.


Paul continued: “My first bite was a new PB at 71 lb, and my third bite was the lake’s biggest resident.

“The other three sturgeon was all 20s to 28 lb. I think that catch is going to take some beating.

“I’ve had a few sturgeon over the last four years on social trips to Mineral and I’ve been lucky enough to catch on every occasion.

“The big two did fight hard and the biggest one took about 30 minutes to land and tail-walked twice.

“They always fight harder in the winter months due to the oxygen levels in the water.

“They struggle in the warmer months when the oxygen levels are down.

“They put everything into the fight and can sometimes take a good ten minutes to revive when returning them,” concluded Paul.

We recently revealed that all-round specimen ace Tony Gibson caught a colossal sturgeon scaling an incredible 142 lb. Tony’s massive catch came from a private water he was sworn to secrecy to.

GOT SOME NEWS OR VIEWS TO SHARE? Email info (and any photos) to: anglersmail@ti-media.com

Big value subscriptions to Angler’s Mail magazine are now at a Bargain Price! Get the deals here

You’ll then get Angler’s Mail magazine delivered to your door, or the door of a friend/relative. And it’s at discounted rates… to suit all pockets.

There are great deals for the print version and for the digital version, too.

You may also like to read these Angler’s Mail stories… 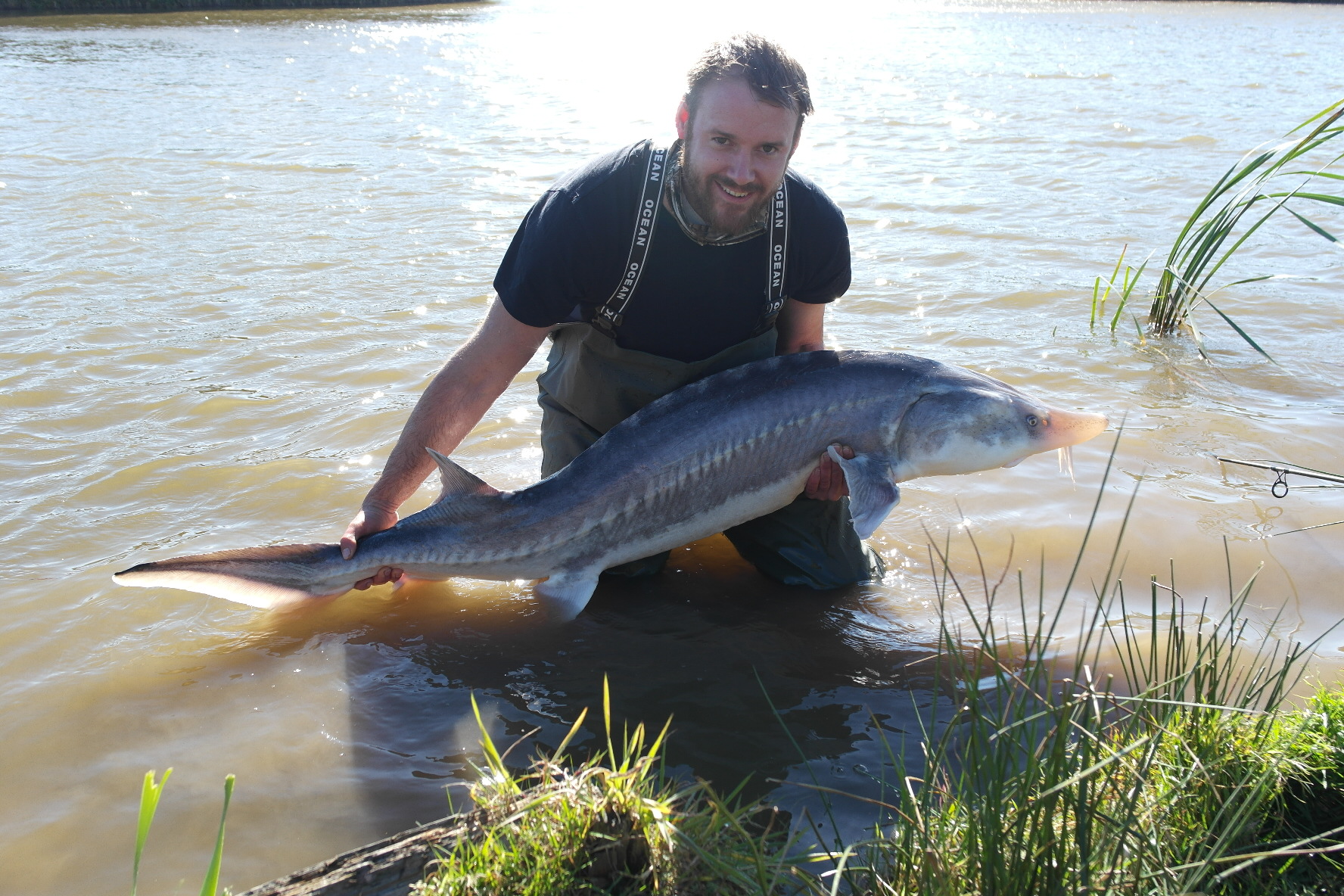 Daventy, Northamptonshire-based Mick explained: “I have been having some variety recently, catching eight white sturgeon over two days whilst holidaying… 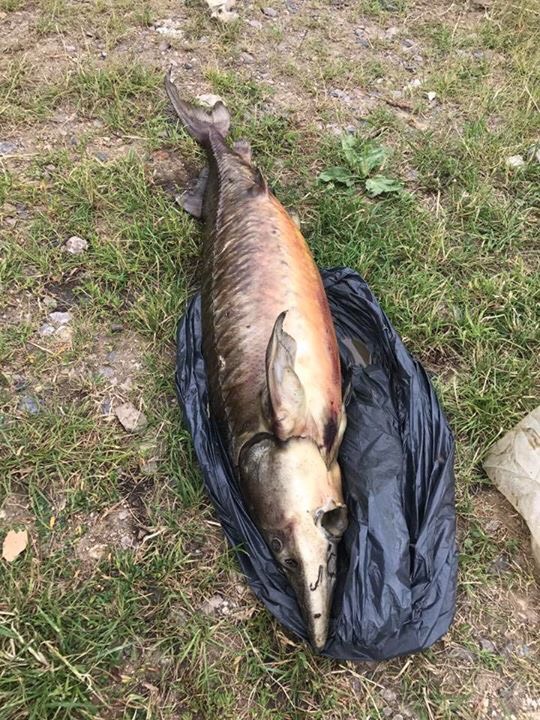 The 30-40 lb sturgeon, a highly unusual fish for the area, was found in a black bin bag in the… 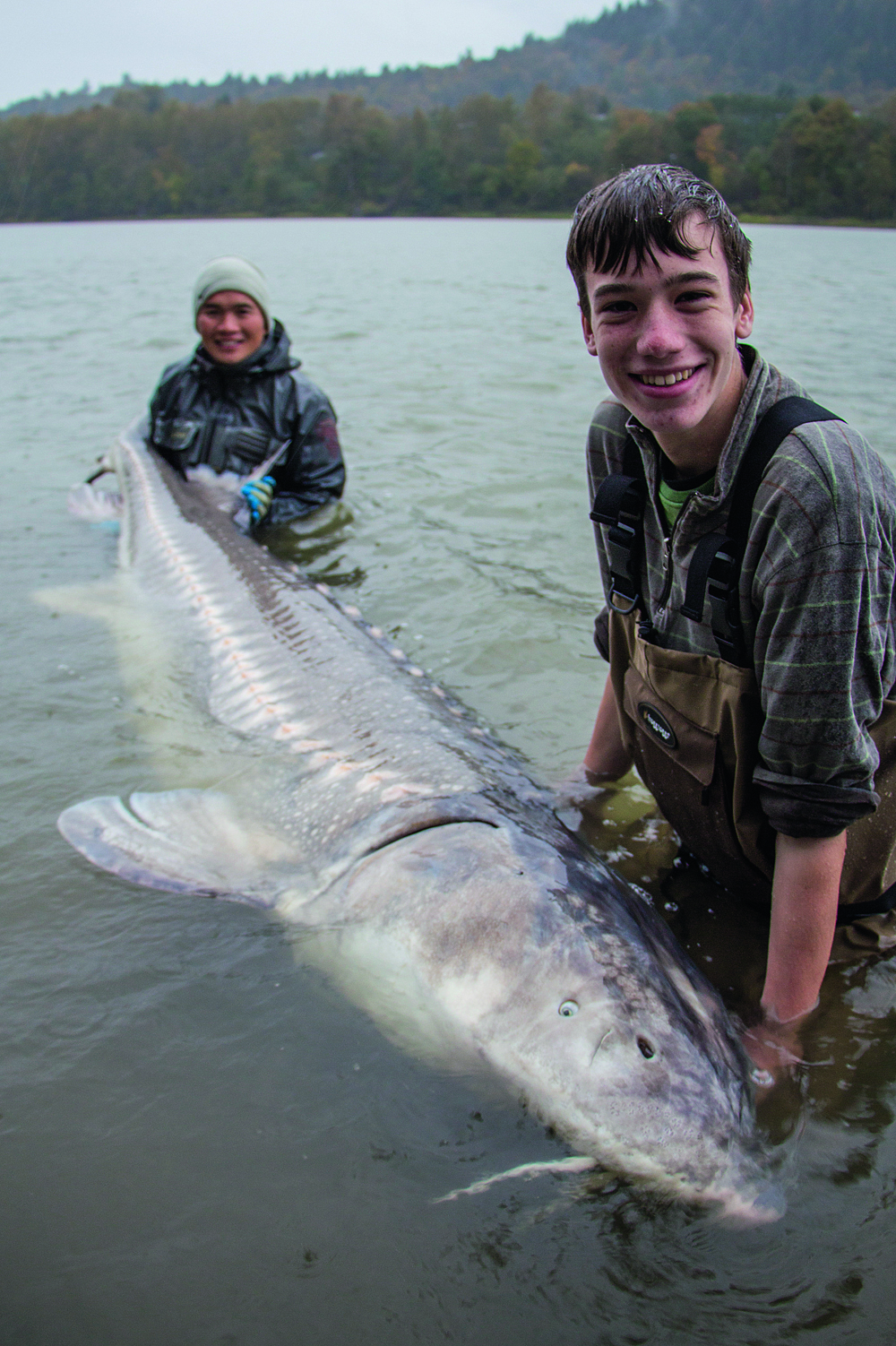